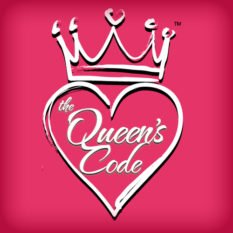 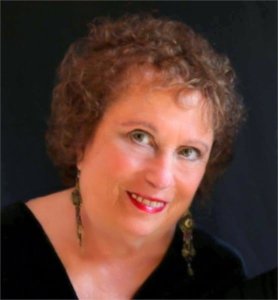 
Maeve first created and facilitated EcstaSINGS in Marin, California, at the “Open Secret” Spiritual Center. She also facilitated members of the San Francisco cast of “Phantom of the Opera” with EcstaSING classes, to free their creative spirit, after so many repetitions of “Phantom.”
Maeve has been a professional singer, performer and voice teacher since 1972. She is now available for private voice lessons in Grass Valley.
She is a warm and skilled workshop leader, having created and led countless workshops in the areas of creative expression, Tantra, Chakra Toning and vocal improvisation in San Francisco and Marin, California.
She facilitates Relationship Skills workshops and private sessions as Relationship Igniters with her beloved husband, Orv, at Inner Path in Nevada City. She has also led workshops in The Queen’s Code at Inner Path in Nevada City.
Maeve Fry has been teaching voice since 1972. She ran a successful voice studio in San Francisco and Marin for over 13 years. She moved to Grass Valley with her husband, Orv (a Grass Valley native) in 1998 and taught singing in Grass Valley from 1998 to 2012, when she took a break to be a full time Relationship Coach with her husband, Orv Fry.  Now, Maeve feels called to add back into her life her first love: music, singing and teaching.
When she moved to Nevada County, she sang with Music in the Mountains chorus under Maestro Paul Perry, and later under Ken Hardin.
Maeve created the “Song Soirees” for classical singers of all levels at the Miner’s Foundry in Nevada City, as an opportunity for singers to have the opportunity to learn and practice performance skills. She was later asked by Maestro Perry to collaborate with him, continuing the Song Soirees at the Grass Valley Center for the Arts.
Maeve started studying classical voice at age 17, although she knew she could sing at the age of 8. Maeve has been a professional singer and performer for many years. Her varied repertoire includes opera, recitals, music theatre, acting and standup comedy.
She created her own Singing Telegram company in the Bay Area, where she discovered a natural talent for comedy, including an ability to create a safe space for people to laugh and play with her.
Maeve was a member of the National Association of Teachers of Singing in San Francisco for 15 years and participated in their master classes in vocal and performance master classes, both attending and teaching.
She began teaching voice in Mendocino, where she was soloist in a Puccini Opera, “Suor Angelica,” and two Menotti Operas. She also premiered an original music theatre version of “Through the Looking Glass,” written for her.
In 1973 Maeve moved to San Francisco from Mendocino, where she pursued an intense study of opera for 11 years. She was soloist for the Mozart Requiem in San Francisco.
Maeve’s first voice teacher, Rosa Raisa, premiered the first performance of Puccini’s opera, “Turandot,” under the direction of Arturo Toscanini.        Her last teacher, Blanche Thebom, was a world renowned diva with the Metropolitan Opera, and head of the Merola Opera Program for the San Francisco Opera.